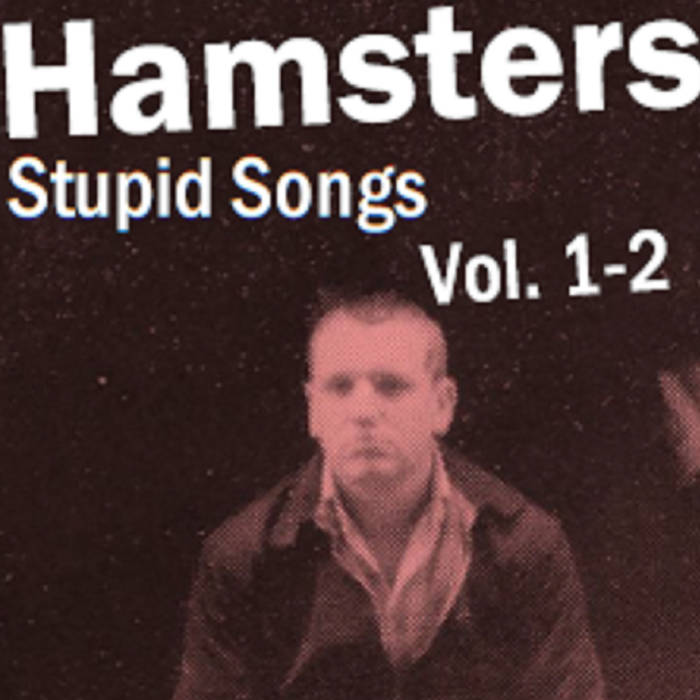 Manchester, England 1979: Three drunken friends make the wise decision to crash the stage at a UK Subs show. They had no name, no rehearsals, no songs. They surprisingly were offered a show the following week by the venue. Songs were written and rehearsed and a name was chosen...The Hamsters. After eventually playing several shows in and around Manchester, The Hamsters (once dubbed “fiercely intelligent hooligans”) were asked to join the “Weird Tales” tour opening for Androids of Mu, Zounds, The Mob, and The Astronauts. The tour was organized by former Here & Now soundman Grant Showbiz who was now the owner of Street Level Studios in London recording such bands as The Fall, Mark Perry, and the Instant Automatons. The Hamsters went down a storm and were invited by Grant to record at Street Level and do a release on (former Here & Now drummer) Kifkif Le Batteur’s Fuck Off Records.
At this time the members of The Fall were attending Hamsters gigs and becoming fans of the band. Mark E Smith soon asked The Hamsters to support The Fall at various gigs. After playing a show with The Fall at London’s Acklam Hall, The Hamsters recorded 10 songs at Street Level Studios. The band headed north to Manchester the next day clutching a tape of the demos they recorded with Grant. Two weeks later the band broke up.
Stupid Songs Vol. 1 & 2 is an historical document of The Hamsters and related bands from 1980 - 2017, beginning with the Street Level demos and ending with the band’s latest single “Basically Johnny Moped” (championed by original Moped, Captain Sensible). 1981 saw a reformed Hamsters and a rebranded version of the band called The Nightwatch Men, both carrying on the DIY spirit of where The Hamsters MK1 left off. Lead singer Ian “Moet” Moss formed The Dodos (and later) Bears From Belle Vue Zoo, both creating a post-punk funk sound.
In the mid-80s Moet had a couple of projects which featured an all-star lineup: Marc Riley and Paul Hanley from The Fall, Peter Hook of Joy Division/New Order, and Mike Joyce of The Smiths. These sessions were recorded by Jon Langford of The Mekons and have never seen the light of day...until now!
In 2015, a reformed Hamsters put out digital releases of the excellent 4VT single and Crash and Burn EP on Moet’s German Shepherd Records. In 2017 the double A-side Basically Johnny Moped and Freudian Ships were also put out as digital releases on German Shepherd. The strength of each song proves that The Hamsters four decades later are still producing quality material and have not fallen prey to the popular “punk” reunion circuit playing the same old tunes to make a quick buck.
Stupid Songs Vol. 1 & 2 captures all of the above recordings (and more) on two C72 cassettes featuring 42 songs. The release includes two 5-panel double-sided j-cards with pictures and extensive liner notes written by lead singer Ian “Moet” Moss. The cassettes come in a printed slipcase. Limited edition of 50!

Bandcamp Daily  your guide to the world of Bandcamp