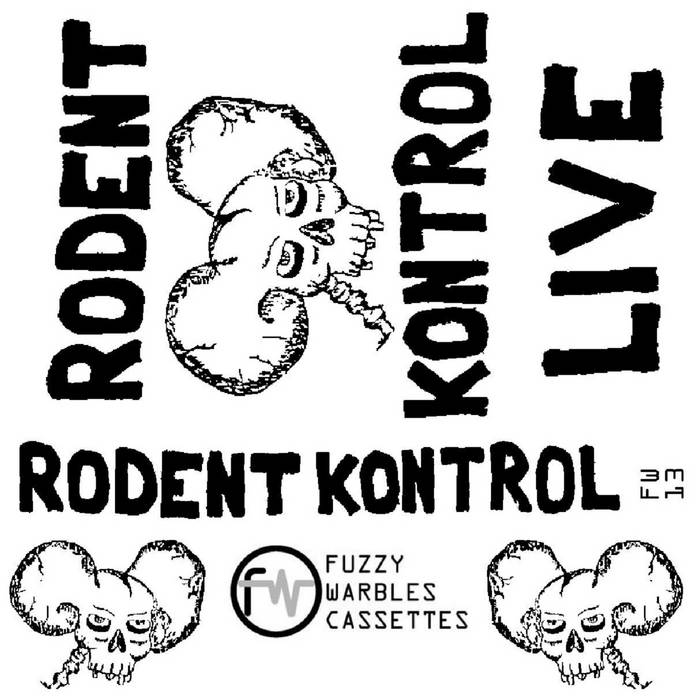 An all out attack occurred over the airwaves one February night in 1987 emanating from University of Michigan’s free-form radio station WCBN. Following a raucous set by the newly-formed Laughing Hyenas, the notorious high school punk band RODENT KONTROL took the live broadcast by storm...chaos ensued.
It is easy to jump to the conclusion that their set was a calculated act of anarchy, taking advantage of their opportunity of playing live on the radio. However this is not the case. This was a normal RoKo set, par for the course. The broadcast gives a rare glimpse of the energy, naivety, and honesty of young punks having a say. Up to this point the band’s name and their rat-skull mascot were well known, as the many rotating band members and their fans were on a graffiti campaign since the band’s formation four years prior. You’d have to be living under a rock at that time if you never saw “RoKo” or the rat-skull painted across an Ann Arbor wall (particularly on U of M property as even back then they owned half the town). How ironic then that RoKo sprayed their musical graffiti all over U of M-owned airwaves...a double Fuck You to the university.
An edited version of the CBN set was originally released on the rare Shut Up and Take the Fifth cassette, a compilation of Ann Arbor bands at the time ranging from punk, hardcore, and metal. Side A of the Fuzzy Warbles release includes RoKo’s (never released) full CBN set in all it’s mayhem glory. 25 years on Side B captures an uncharacteristically well-rehearsed RoKo belting out their hits at the same high school that spawned them, the once notorious Commie High. RODENT KONTROL LIVE (FW13) includes a double-sided fold-out J-card including band pics and bio. Be a part of the Movement and place your RoKo sticker (included with every cassette purchase) somewhere irresponsibly. DO IT.

Bandcamp Daily  your guide to the world of Bandcamp

MF DOOM is given his flowers, plus appearances from MC Jada Imani and Stanley Ipkuss